Explore More Episode 4: How Do We Explain the Mysteries of the Night Sky? 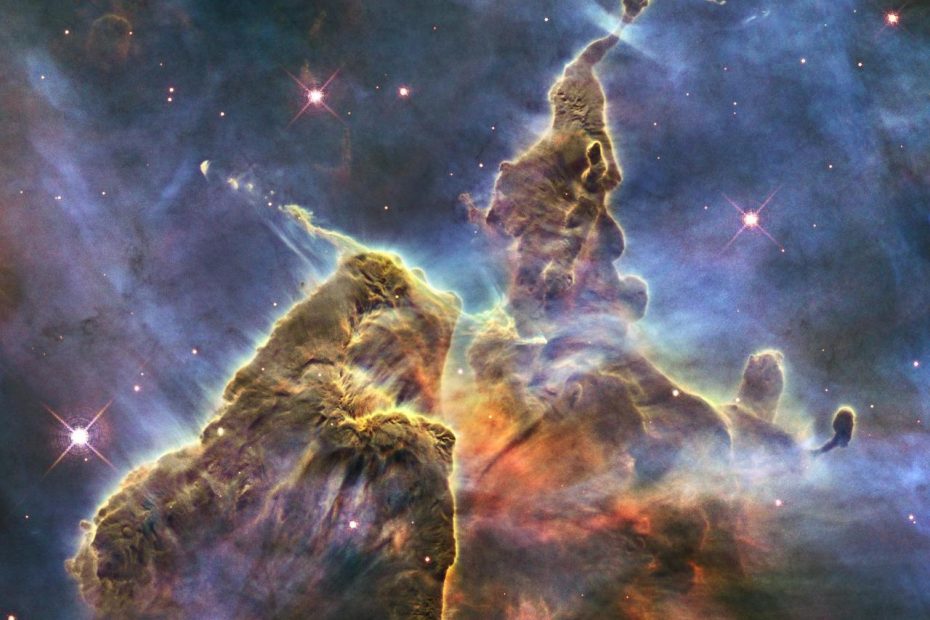 Listen to Episode 4: How Do We Explain the Mysteries of the Night Sky?

Star: a massive celestial body of gas that creates light by its own internal energy sources. there are tens of billions of trillions of stars in the universe, but only a fraction can be seen with the naked eye.

Galaxy: a huge collection of gas, dust, and billions of stars and their solar systems, that are all held together by gravity. Earth is part of the Milky Way galaxy.

Black hole: a place in space where gravity pulls so much that even light can not get out. The gravity is so strong because matter has been squeezed into a tiny space. This can happen when a star is dying.

North Star: Polaris, known as the North Star, sits more or less directly above Earth’s north pole along our planet’s rotational axis. This is the imaginary line that extends through the planet and out of the north and south poles. Earth rotates around this line, like a spinning top. Polaris always stays in roughly the same place in the sky, and therefore it’s a reliable way to find the direction of north.

Constellation: a group of visible stars that form a pattern or outline in the night sky, typically representing an animal, mythological subject, or inanimate object.

Space (Outer Space): the expanse that exists beyond Earth and its atmosphere and between celestial bodies.

Blackfeet People: A tribe of Native Americans who call themselves the Niitsitapi people. They are part of a larger confederacy of people who extend from Montana into Canada. The official Blackfeet reservation is located in Northwestern Montana. It is one of the 10 largest tribes in the United States.

The Big Bang: The big bang is how astronomers explain the way the universe began. It is the idea that the universe began as just a single point, then expanded and stretched to grow as large as it is right now—and it is still stretching!

Universe: the whole of space and all the stars, planets, and other forms of matter and energy in it. it has been expanding since its creation in the Big Bang about 13 billion years ago. Mulitverse: a hypothetical group of multiple universes. Together, these universes comprise everything that exists. The different universes within the multiverse are called “parallel universes”, “other universes”, “alternate universes”, or “many worlds”.