Explore More Episode 5: Why is Wyoming special to me? 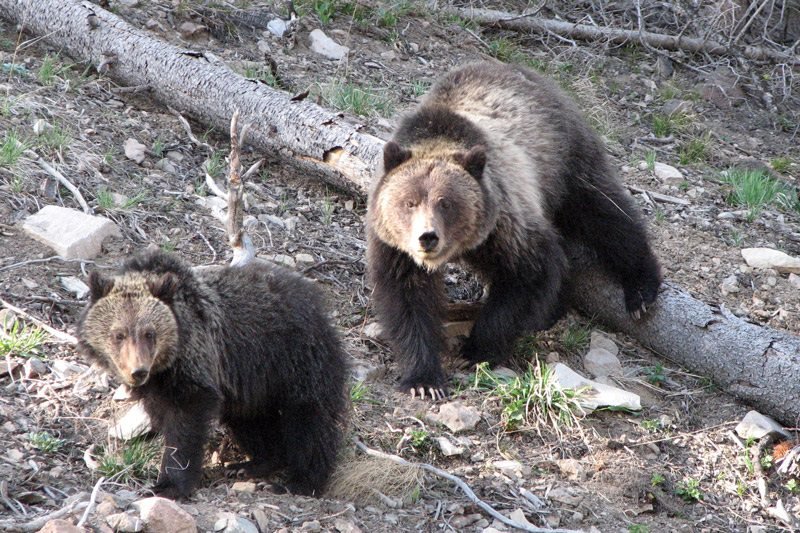 Listen to Episode 5: Why is Wyoming special to me?

Wildlife Biologist: Scientists that observe and study the biology and behaviors of wild animals. They also determine their role in specific ecosystems and/or how they interact with humans.

Carnivore: An animal that feeds on meat.

Protein Isotopes: Isotopes are atoms with the same number of protons but that have a different number of neutrons. Scientists use isotopes to help them determine the chemical composition of things.

Den: A small cavern or hollow place in the side of a hill, or among rocks. Bears use dens to hibernate. Wolves use dens as a shelter to raise their young.

Talus Rocks: Also called scree, this is a collection of broken rocks at the base of mountain cliffs that have accumulated through periodic rockfall from the cliff faces.

Army Cutworm Moth: Army Cutworm moths are also called Miller Moths. They hatch in the low-lying farmlands in the Midwest, then migrate to higher elevations for the summer. During the daytime, they often rest under rocks on talus lopes, high in Wyoming’s mountains. They are an important food source for grizzly bears. When the weather cools, they return to lower elevations.

Delayed Implantation: Delayed Implantation is a reproductive strategy used by almost 100 different mammals, including bears. In delayed implantation the embryo does not immediately implant in the uterus, but it is maintained in a state or dormancy. No development takes place during this time. If the mother bear accumulates enough body fat before hibernation, they embryo will implant and begin to grow. If not, it is aborted.

Predator: An animal that naturally preys on other animals.

Erosion: A geological process in which materials are worn away and transported to a different location.

Mountain Snail: These are land snails in the order Stylommatophora. Mountain snails typically have shells about 1 inch in diameter. They are located in western North America from Saskatchewan and British Columbia to Mexico and California to South Dakota. They are generally found in moist, cool areas in the mountains. They feed on decaying leaves.

Long-billed Curlew: This bird is North America’s largest shorebird. It has a very long, thin, curved bill which it uses to probe deep into mud and sand for aquatic invertebrates. It breeds in the grasslands of the Great Plains and spends the winter in wetlands, mudflats, flooded fields, and beaches.

Absaroka Mountain Range: This range is a sub-range of the Rocky Mountains. They stretch about 150 mi (240 km) across the Montana-Wyoming border, and form the eastern boundary of Yellowstone National Park. The range borders the Beartooth Mountains to the north, the Wind River Range to the south, and the Bighorn Basin to the east.