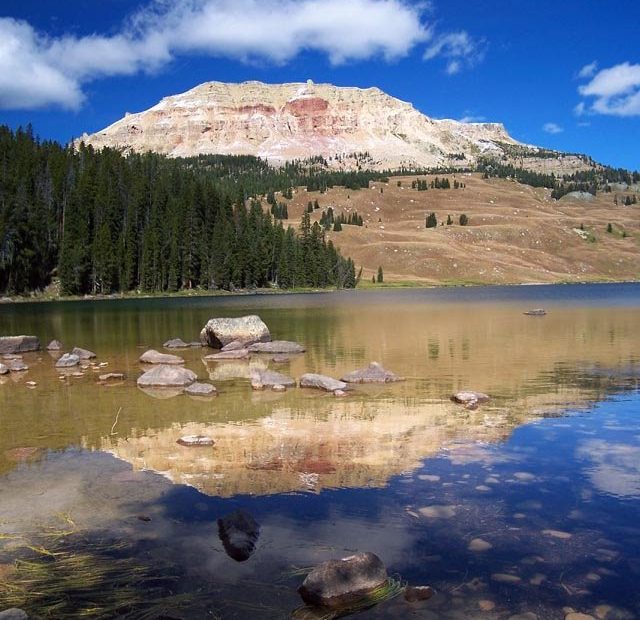 Listen to Episode 2: Why are Public Lands Important?

Andesite: A volcanic rock (igneous). Andesite is typically created after a lava flow, and is made of very small crystals.

Bureau of Land Management (BLM): This is an agency within the United States Department of the Interior responsible for administering public lands. It oversees more than 247.3 million acres, mostly in the Western U.S. This is about 1/8th of the land mass in the country. Unlike National Parks, some BLM land can be used for resource development. Approximately 30 percent of the nation’s minerals (like oil and gas) are administered by the BLM.

Erosion: A geological process in which materials are worn away and transported to a different location.

Geography: A scientific field devoted to the study of the Earth’s features and inhabitants.

Geologist: A person that studies geology.

Hoodoos: Tall, thin rock formations that protrude from dry lands. They are created when some parts of the rock are “softer” than other parts, and therefore they erode at different times creating interesting rock shapes.

Public Lands: Land that is owned by the citizens of a country. These lands are maintained by government agencies and paid for through public taxes.

Rocky Mountains: A mountain range in North America that extends from British Columbia (Canada) to New Mexico (United States). The range formed about 80 million to 55 million years ago during a mountain building event called the Laramide orogeny.

Subduction: A geologic process that occurs at the boundary of two tectonic plates (continental-size land masses). One plate is forced downward or underneath the other plate.

Mule Deer (Odocoileus hemionus): Also known as the black-tailed deer. This is an ungulate native to the Western United States. They have large ears and black-tipped tails. They are typically larger than white-tailed deer.

Muley Fanatics Foundation: MFF is a private foundation dedicated to conserving mule deer and their habitat in the Western United States.

Concessionaire: Person or firm that operates a business on the property of another. They usually sell certain goods or services.

Geyser: A hot spring in which water intermittently boils, sending a tall column of water and steam into the air.

National Park Service (NPS): This is an agency within the U.S. Department of the Interior. NPS is responsible for the more than 400 national parks in the United States. It’s mission is to preserve the natural and cultural resources and values of the National Park System for the enjoyment, education, and inspiration of this and future generations.

Yellowstone National Park: Located in northwestern Wyoming and southern Montana, Yellowstone became the first national park in the United States on March 1, 1872. It was designated as a park for all to enjoy the unique hydrothermal and geologic wonders.

Mule Deer: Saving the Icon of the West