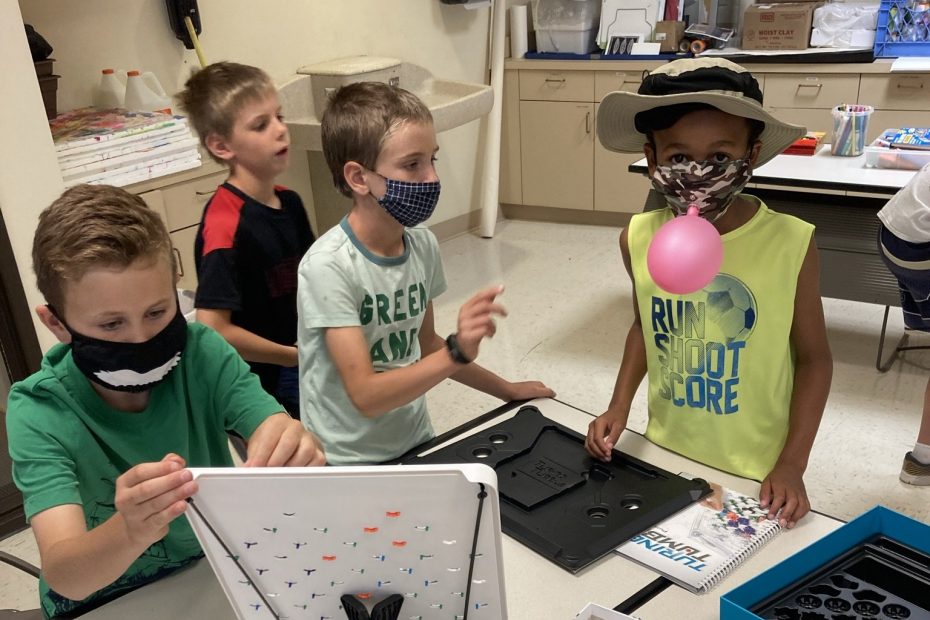 Listen to Episode 2: Kids and Covid

Vaccine: A product that stimulates a body’s immune system to recognize and destroy a virus that may cause a specific disease.

COVID-19: An infectious disease caused by the SARS-CoV-2 virus. Most people infected with the virus will experience mild to moderate respiratory illness and recover without requiring special treatment. However, some will become seriously ill and require medical attention. Older people and those with underlying medical conditions are more likely to develop serious illness. (WHO website)

Virus: A microscopic “germ” that can only replicate inside the living cells of animals, plants, or bacteria. When a virus gets inside a body and begins to multiply it is called an infection and can cause illness.

Moderna and Pfizer: These 2 companies have made vaccines to provide protection against the Covid-19 virus. Both companies are using mRNA vaccine technology to promote an immune response to the disease.

mRNA vaccines: mRNA vaccines show your body the blueprint needed to make a viral protein. Your body uses that blueprint to make the SARS-CoV-2 spike proteins without including any part of the virus itself. Once the body has created those spike proteins, our immune system attacks them as if it was being infected with a live virus.

Immune system: A body’s organs, cells, and proteins that work together to protect a body from outside invaders, such as bacteria, viruses, fungi, and toxins.

Immunity: The process of becoming protected against diseases.

Epidemic: a disease that affects a large number of people within a community or region.

Pandemic: a disease that spreads across several countries and affects a large number of people.

Bubonic Plague (Black Death): Bubonic plague is a bacterial infection spread mostly to humans by infected fleas that travel on rodents. It killed millions of people in Europe, Asia, and Africa during the 14th century. There is no effective vaccine for the plague, but people should avoid touching rodents and other dead animals in areas that the plague is common.

Spanish Flu: The 1918 influenza pandemic was a severe worldwide pandemic in recent history. It was caused by an H1N1 virus with genes of avian origin.  In the United States, it was first identified in military personnel in spring 1918. It is estimated that about 500 million people or one-third of the world’s population became infected with this virus. The number of deaths was estimated to be at least 50 million worldwide with about 675,000 occurring in the United States. (from CDC website)

Small Pox: Smallpox is a contagious disease caused by the variola virus. It was one of the most devastating diseases known to humanity and caused millions of deaths before it was eradicated. It is believed to have existed for at least 3000 years. (from WHO website)

Cholera: a diarrhoeal disease that can kill within hours if left untreated. It is caused by an infection after ingesting food or water contaminated with the bacterium Vibrio cholerae. Researchers have estimated that each year there are 1.3 to 4.0 million cases of cholera, and 21,000 to 143,000 deaths worldwide due to cholera (WHO website).

Virus Strain: A slight change in the original virus. Some strains can be more contagious, some can be less contagious.

Spanish Flu in the Bighorn Basin of Wyoming