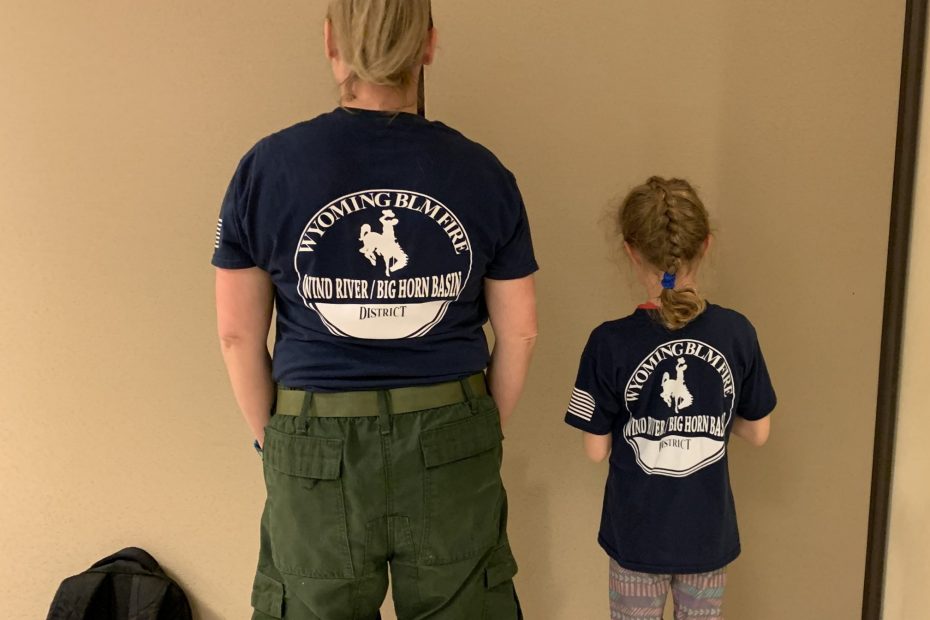 Listen to Episode 1: From Fire Season to Hunting

Dispatch: A person and place that notifies the resource people and equipment necessary for firefighting.

Handcrew: Handcrew are firefighters who build firelines around wildfires. They cut, scrape, and dig around the wildfire until they get to the soil. Firelines remove fuel, such as plant debris and other materials that could help a fire spread.

Aircrafts: Airplanes and helicopters use to fight fire from the air.

Tree Canopy: The highest layer of a group of trees that contains living things.

Pulaski: A tool used by wildfire handcrew to cut tree roots and dig a line down to the soil, when building a fireline.

Line Gear: Line gear or a line pack is like a backpack with compartments. Firefighters can carry a shelter, a water bottle, earplugs, flares, handbooks, maps, a compass, a first aid kit, toilet paper, snacks, flagging, and a waterproof blanket in their line pack.

Silk Saw: Wildfire fighters use silk saws to cut limbs of trees. It is easier to carry and use than a chainsaw.

Harvest: Another name for hunting.

Mule Deer (Odocoileus hemionus): Also known as the black-tailed deer. This is an ungulate native to the Western United States. They have large ears and black-tipped tails. They are typically larger than white-tailed deer.

White-Tailed Deer (Odocoileus virginianus): This is an ungulate that lives in southern Canada and much of the United States. The white-tailed deer is not found in Alaska, Hawaii, or the Southwest of the United States. It has white on its throat, around its eyes and nose, and on its stomach. The underside of its tail is also white and is often used as a flag to warn others of a threat nearby. The white-tailed deer is smaller than the mule deer.

Bucks: The male of some animals, such as deer and pronghorn.

Does: The female of some animals, such as deer and pronghorn.

Fawns: A young deer that is no older than one year.

Hunting Season: The time of year it is legal to hunt certain animals.

Animal Population: The number of animals in an area for a particular species.

Predator: An animal that naturally preys on other animals.

Life History: The survival and reproduction events that occur during the life of an animal.

Big Game: Wyoming has several species of big game. They include elk, moose, deer, pronghorn, and bighorn sheep. These large animals can be hunted for sport in Wyoming.

Chronic Wasting Disease (CWD): The Centers for Disease Control and Prevention explains Chronic Wasting Disease as: “Chronic wasting disease (CWD) is a prion disease that affects deer, elk, reindeer, sika deer and moose. It has been found in some areas of North America, including Canada and the United States, Norway, and South Korea. It may take over a year before an infected animal develops symptoms, which can include drastic weight loss (wasting), stumbling, listlessness and other neurologic symptoms. CWD can affect animals of all ages and some infected animals may die without ever developing the disease. CWD is fatal to animals and there are no treatments or vaccines.” https://www.cdc.gov/prions/cwd/index.html

Fires in the West

History of Hunting in Wyoming